Mastication or chewing is the process by which food is crushed and ground by teeth. It is the first step of digestion, and it increases the surface area of foods to allow more efficient break down by enzymes. During the mastication process, the food is positioned by the cheek and tongue between the teeth for grinding. The muscles of mastication move the jaws to bring the teeth into intermittent contact, repeatedly occluding and opening. As chewing continues, the food is made softer and warmer, and the enzymes in saliva begin to break down carbohydrates in the food. After chewing, the food (now called a bolus) is swallowed. It enters the oesophagus and via peristalsis continues on to the stomach, where the next step of digestion occurs. Premastication is sometimes performed by human parents for infants who are unable to do so for themselves. The food is masticated in the mouth of the parent into a bolus and then transferred to the infant for consumption. (Some other animals also premasticate.) Cattle and some other animals, called ruminants, chew food more than once to extract more nutrients. After the first round of chewing, this food is called cud.

Popular posts from this blog

How can I prepare to get dental implants? Is there a checklist?

October 26, 2021
Here, I am providing you with the “golden list”. This is the list of things / procedures / investigations that you need to complete, before your implant placement process can be started. Your implant professional will generally follow a checklist like the one below. However, it can vary for each dental practitioner. Thorough preoperative examinations […] Original post here: How can I prepare to get dental implants? Is there a checklist?
Read more 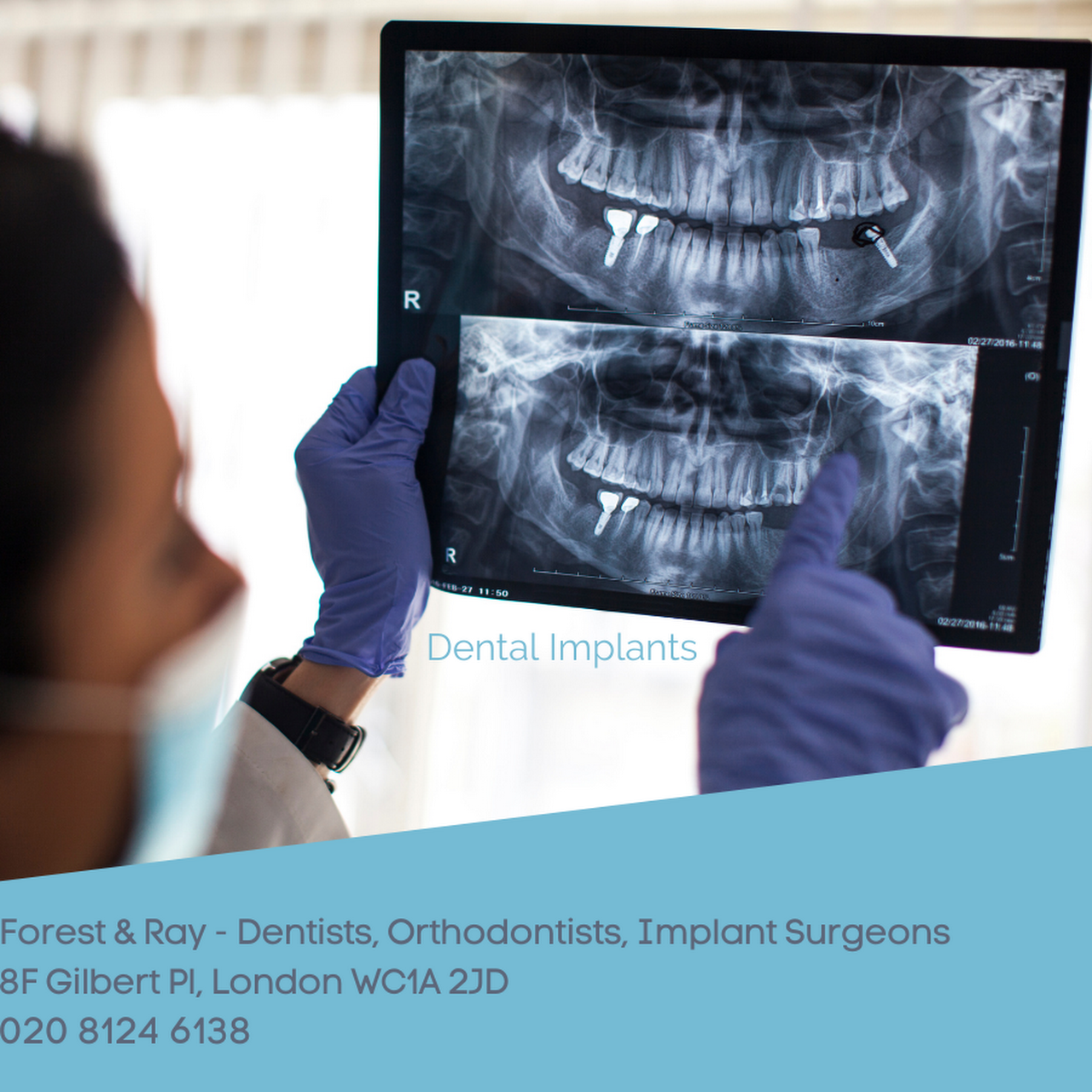 The process of osseointegration is the real secret behind the success of dental implants. Osseointegration is a natural process that is as important to the success of the dental (and other implants) as the story of its discovery is interesting. Like many very useful scientific discoveries, the pr... Original post here: Posted on Oct 14, 2022
Read more A sinus lift is a rare oral surgical procedure, sinus lifts are performed only on the upper jaw and on the teeth near the sinus cavity. If an upper canine has been missing for a long time, the tissue between the sinuses and the oral cavity will become thinner and unable to house a dental implant.... Original post here: Posted on Sep 23, 2022
Read more

Forest & Ray is a dental practice located in the heart of London, operating since 2007. We believe that our dentistry plays a leading role in making dental health attainable for everyone.

Health and dental health are not a luxury anymore. Regardless of age, we promise that with our pain-free treatments and professional team, we are working on making everyone richer, and giving everyone happier smiles. This is because we know that a beautiful smile is a key to health, self-confidence and success.

With Forest & Ray you can find a solution to all your problems in one place. Our Central London dental practice, near Holborn station, is open seven days a week to serve young and old alike.

It is important for us that all of our patients feel completely confident, and can show their beautiful smiles. There is no dental problem that we cannot find a solution for!

Our professional dentists can help you improve your health and appearance, with general treatments, smaller restorative treatments, complete smile makeovers, and more serious procedures, such as dental implantations.

Our mission is to keep your smile healthy and beautiful, so we pay extra attention to our patients’ special needs.